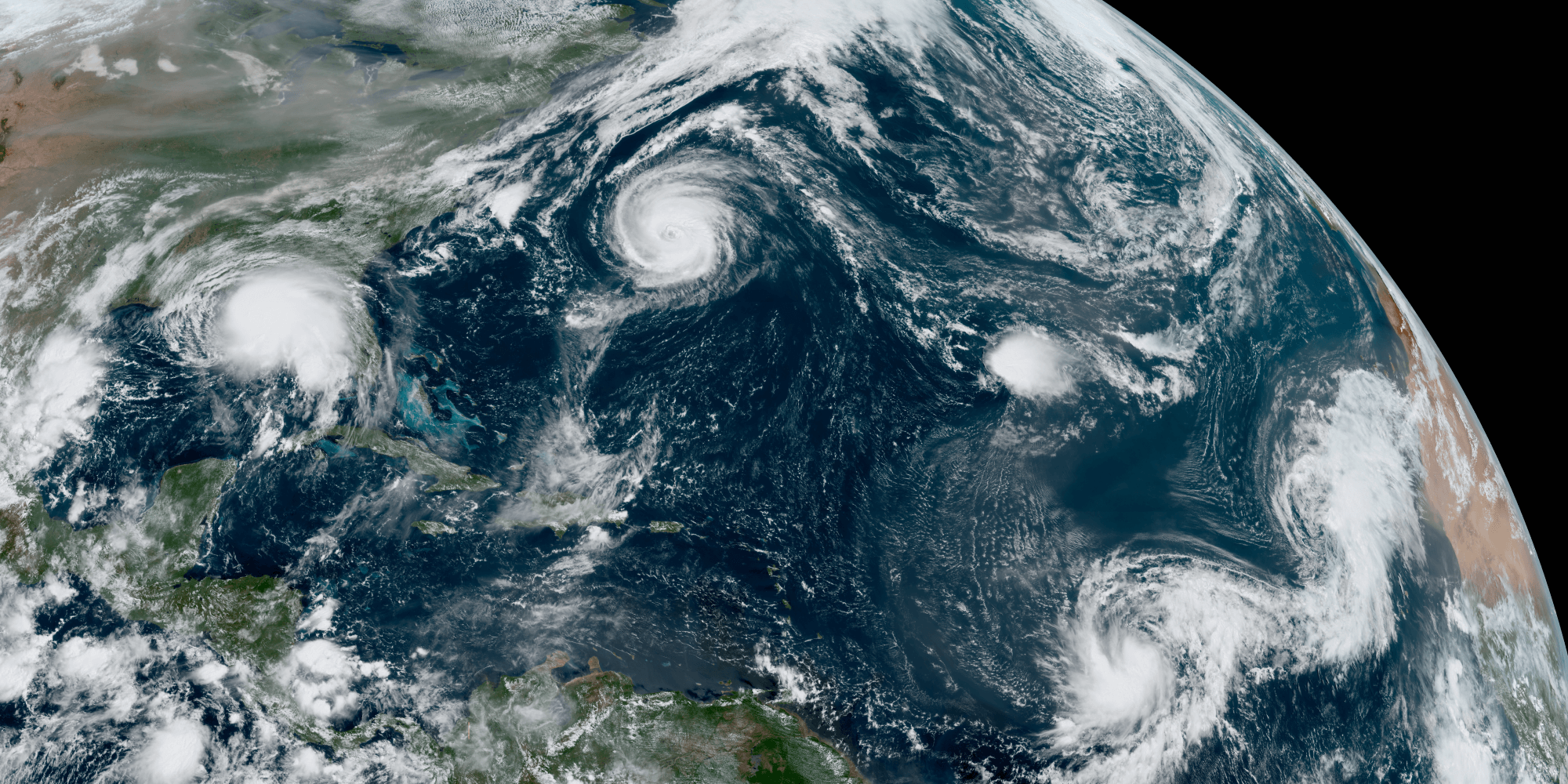 Another Active Year Ahead for Severe Weather

Forecasts in early 2020 predicted an “above-normal” Atlantic hurricane season. The National Oceanic and Atmospheric Administration (NOAA) predicted 13 to 15 named storms and 6 to10 major hurricanes. However, as the summer progressed, it soon became clear that the U.S. would face a record-breaking season of tropical storms and hurricanes.

The 2020 hurricane season was the most active on record, with 30 named storms and 14 hurricanes, which is an impressive metric, even with the limitation that prior to circa 1965 only direct ship sited storms were counted. Of the 30 storms, 11 made landfall in the U.S., breaking the previous record set in 1916.

In addition to the record-breaking hurricane season, utilities also had to face complications stemming from COVID-19. As Mike Beehler notes in a recent article in Public Utilities Fortnightly:

“Utilities are no strangers to preparing for and responding to emergencies. However, decades of experience could not have prepared us for multiple and concurrent crises. With COVID-19 promptly followed by annual weather events and devastating fires, many utilities find themselves confronting a new crisis before having time to fully address the previous one. This Black Swan event has strained resources in ways that few would have predicted.”

The Atlantic hurricane season started on June 1 and extends until November 30.

Other pre-season forecasts for 2021 are predicting another year of above-average activity.

The increase in billion-dollar events is likely affected by factors other than the number of severe storms, such as, inflation-impacted replacement costs, the age and density of overhead utility assets, the increase in homes built in risk prone areas, and challenges with right-of-way maintenance. However, the metric is still useful with a few year window to indicate the impact these events have on the U.S infrastructure, state gross domestic product (GDP), and society in general. 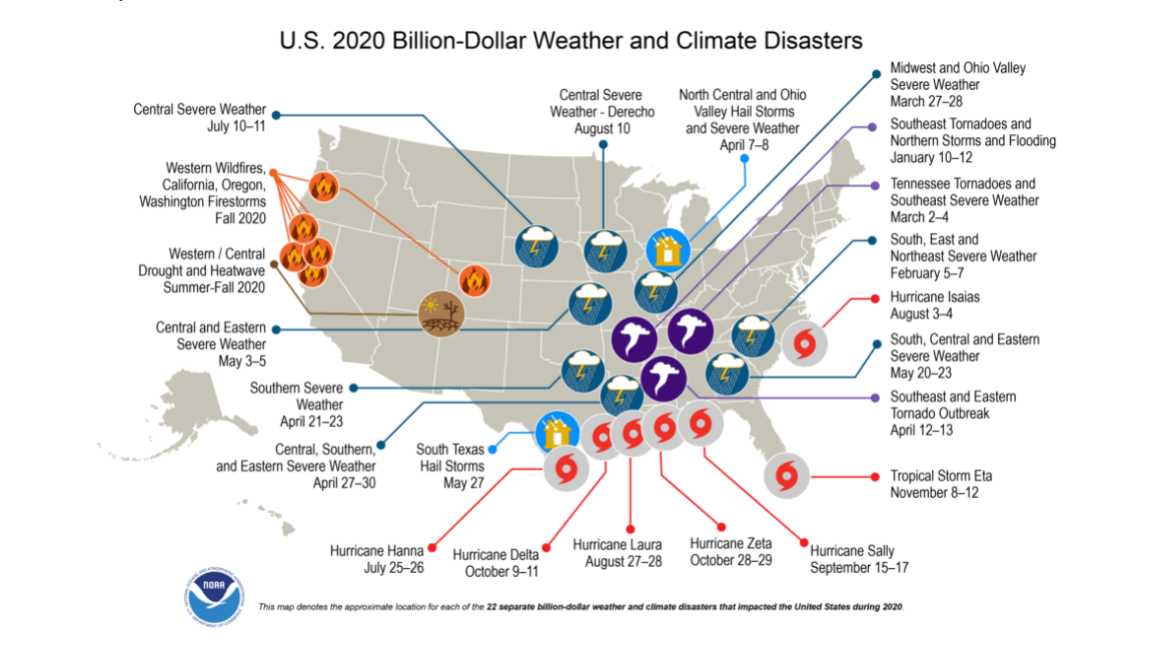 With another active hurricane season on the horizon and the upward trend of other events like wildfires, tornadoes, and floods—it seems clear that utilities must continue to face and adapt to challenges posed by the new reality of severe weather events.

Preparation is key to recovering quickly from severe weather threats. In addition to reviewing and updating disaster response as needed, we encourage utilities to review reliability and resiliency measures.

Adding resiliency to our electrical grid is key to withstanding future events. See our Utility Infrastructure Resiliency Playbook for more information and case studies showing how utilities are building resiliency into their systems. Other resources like webinars are also available on our White Papers and Presentations page. 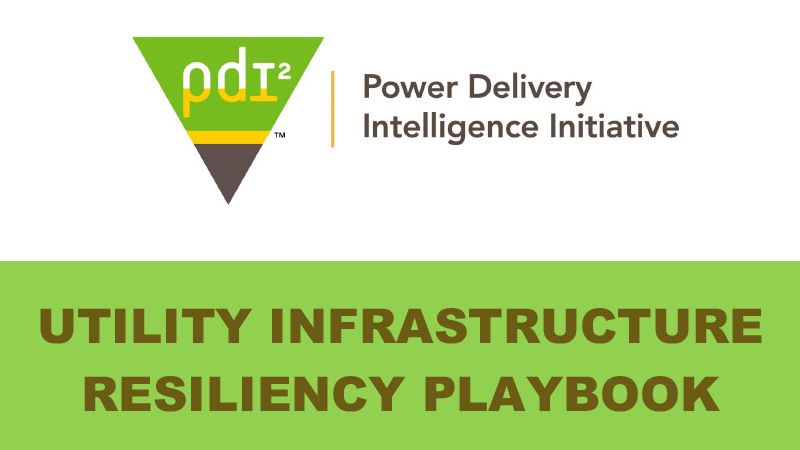 Mike Beehler has 40 years of electric T&D experience at Tucson Electric Power, Hawaiian Electric Company and Burns & McDonnell.  He is educated as a civil/structural engineer and is a registered professional engineer in eight states.  He currently is the founding member and Chief Opportunity Officer of Mike Beehler & Associates, LLC and serves as the National Spokesperson for the Power Delivery Intelligence Initiative.

Mike is a Fellow in ASCE and a Member of IEEE and CIGRE.  He has been married for 40 years and has four adult children and some delightful grandchildren.  He lives on Singer Island, FL.

Troy Helming is a modern-day industrialist and Unicorn founder. He’s an innovator, inventor, author, an elite athlete (invited 4x to compete on American Ninja Warrior), and a clean energy executive. As a creator, he’s founded clean energy & climate-tech companies that have generated more than $30 Billion of economic impact to date and invented 2 technologies that have led to over 60 clean energy patent claims.

Tim Wagner has nearly thirty years of association management experience, including positions as President & CEO, Executive Vice President, Chief Financial Officer, Chief Operating Officer, and Director of Finance. He has been instrumental in the financial and program success of several associations in the power, energy, and broadband industries. He has vast experience at national trade associations, including association governance, grant management, workforce development, planned giving, meeting planning, accounting, investment management, employee benefits, building operations, and information systems. Tim is a graduate (summa cum laude) of the University of Virginia, where he presented his thesis on the Economic Impact of the Rural Electrification Administration.

Landry started his career with General Cable (Silec) in 2007 and joined NKT Photonics in 2011. He moved to the Prysmian Group as Vice President for the Prysmian Electronics BU in 2018.

Born in Paris, France, Landry holds a master’s degree in Engineering from the ENSEM, a school of the National Polytechnic Institute of Lorraine in Nancy. Landry is also a member of various industry committees and an active member of CIGRE.

Previously Mr. Fluharty was Vice President of Mears Group, Inc. (Mears) a subsidiary of Quanta Services, Inc. He was an owner of Mears until its sale to Quanta in 2000. He managed every division in the company and at the end of his tenure with Mears he focused on business development, asset management, safety and operations for large projects.

Mr. Fluharty is a board member of the Power and Communications Contractor Association (PCCA), and the American Pipeline Contractors Association (APCA).

David Lindsay is currently Marketing Manager for the Energy business of Borealis Compounds, Inc. in North America. He has over 20 years in the US wire and cable business, working at manufacturers, non-profit organizations and electrical contractors. His experiences range from research and product development, to manufacturing, construction and installation of EHV cable systems. At Borealis he is responsible for customer and end-use marketing, and strategic planning of all wire and cable related product lines.

David serves on the NEETRAC Advisory Board, is actively involved in IEEE Insulated Conductor Committee and is past US representative to Cigré SC B1. He holds a Bachelors of Materials Engineering from the Georgia Institute of Technology and Masters of Business Administration from the University of West Georgia.

Paul Caronia, is the global power cable materials application technology leader in the Wire and Cable materials group of The Dow Chemical Company. He is responsible for leading the development and commercialization of new product technology for power cable applications. He has been involved in the development and commercial usage of today’s tree-retardant crosslinked polyethylene used in medium voltage cables, crosslinked polyethylene insulation used in high voltage cables as well as semiconductive compounds and flame retardant compounds. He is a senior member of The Institute of Electrical and Electronics Engineers (IEEE) Power Engineering Society and the IEEE’s Insulated Conductors Committee (ICC) as well as a voting member of the IEEE standard association. As a member of the IEEE ICC, he chairs ICC A7 on power cable jackets which just recently completed revising IEEE Guide P532for Selecting and Testing Jackets for Power, Instrumentation and Control Cables as well as the chair of ICC A6 on accelerated aging of materials used in cable applications. Paul is also a member of CIGRE (International Council on Large Electric Systems) and was a member of working group B1.55 that developed recommendations for submarine cables to 60 kV and is currently a member of working group B2.75 developing an application guide for insulated and un-insulated conductors used on medium and low voltage overhead lines. Is the author of over 40 publications/presentations, has over 12 granted patents and is a recipient of the R&D100 award. He is a graduate of Rutgers University, holding Degrees in Engineering as well as a licensed professional engineer.

After 20 years in the power cable industry, Mr. Lanz currently holds the position of Director of Applications Engineering at IMCORP and has technical oversight of power cable life cycle consulting. He is a Senior Member of the IEEE Power & Energy Society, a voting member of the IEEE Standards Society, and a member of the IEEE Dielectrics and Industrial Applications Societies. He has served as Chairman of the Insulated Conductors Committee (ICC) technical committees responsible for cable testing, cable reliability and surge arresters, Chairman of the American Wind Energy Association (AWEA) O&M Balance of Plant technical subcommittee, a UL technical study committee member for MV and HV DC cables and is a reviewer and voting pool member for InterNational Electrical Testing Association (NETA) standards. Mr. Lanz received his electrical engineering degree from the University of Connecticut (UCONN) under mentorship of Director of the Institute of Material Science Electrical Insulation Research Center (EIRC), Dr. Matthew Mashikian. He has published over a dozen papers on power system reliability, asset management, and diagnostics and regularly presents on the topics.